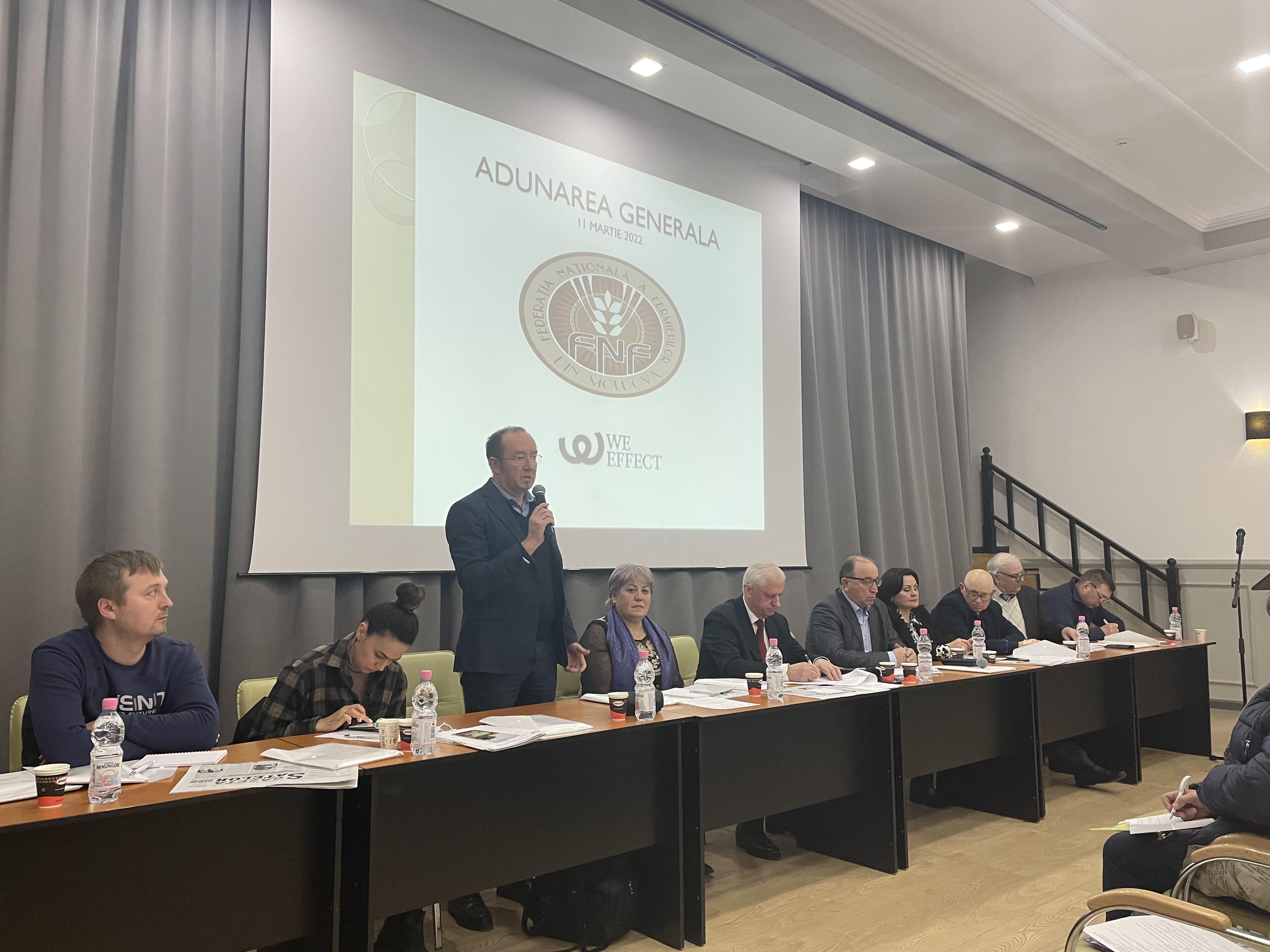 National Farmers Federation of Moldova invited Wulf Schmieder, Country representative of German Sparkassenstiftung Moldova and Marina Lizanciuc, Bank Expert at their General Assembly, that took place on 11.03.2022. FNFM aims to strengthen is role as NGO that represents and defends the economic and social interests of Moldovan farmers, which are the project target group.

FNFM is in permanent communication with Government regarding regulatory issues that influence the farmers mostly, and debates on behalf of farmers about subsidies on fuel, fertilizers and capital investments, as well defends framers’ interest in connection with Government decisions, e.g., on export limitations or food security.

Members of FNFM discussed with the Executive and Administrative Board problems, which encounter during early stages of the preparation for the planting season, the financial result of the 2021, and Budget Plan for 2022.

Meeting with the Minister of Agriculture Vladimir Bolea